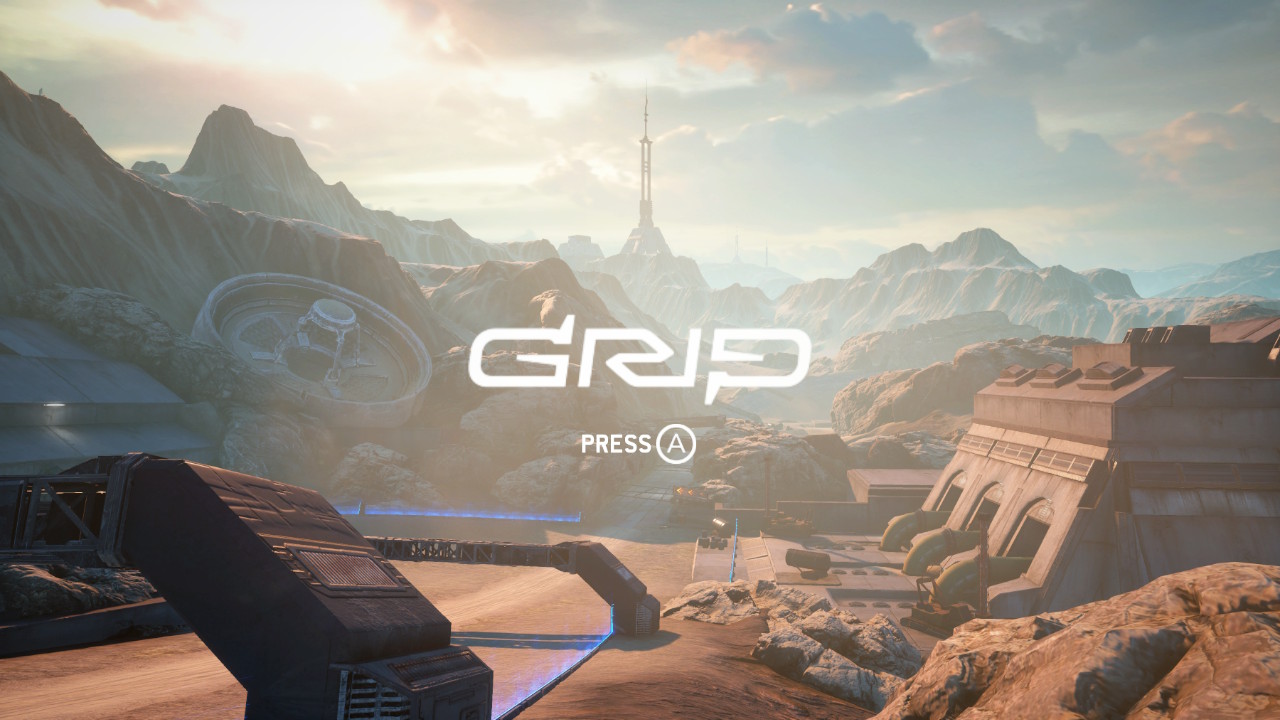 A racing game with rockets and guns, what more could you want? Well as it turns out, a bit more than what GRIP currently offers unfortunately. GRIP is a fun game with a variety of different styles of races and cars to sink your teeth into. The experience however is just a little short of first place.

The racing is enjoyable, the underlying concept of the vehicle is that its “GRIP” keeps it on the track at such high speeds. If you collide with something (quite a common occurrence as will be spoken about later) you will immediately be thrown up into the air and be flipped several times. You may land on the roof of the vehicle, nevertheless this isn’t an issue as you can drive upside down.

GRIP has a long and engaging campaign mode. It comprises of 11 tiers, each of which has several tournaments. In each tournament there are a number of events. These vary quite a bit, which keeps the campaign fresh as you play through it. Some events are quite challenging, whilst others are a breeze.

At the end of most tiers you will have to face up against your rival from that tier. This is a one on one duel and you have to win to progress. Some of these are frustrating, but make a nice break from the standard races.

Types of Race and Event

The different types of event include but are not limited to: Classic Race, Ultimate Race, Deathmatch Arena, Elimination Race & Speed Demon. Classic Race is as you would expect a simple race to the finish line and your final position is determined by the order in which you cross the line. 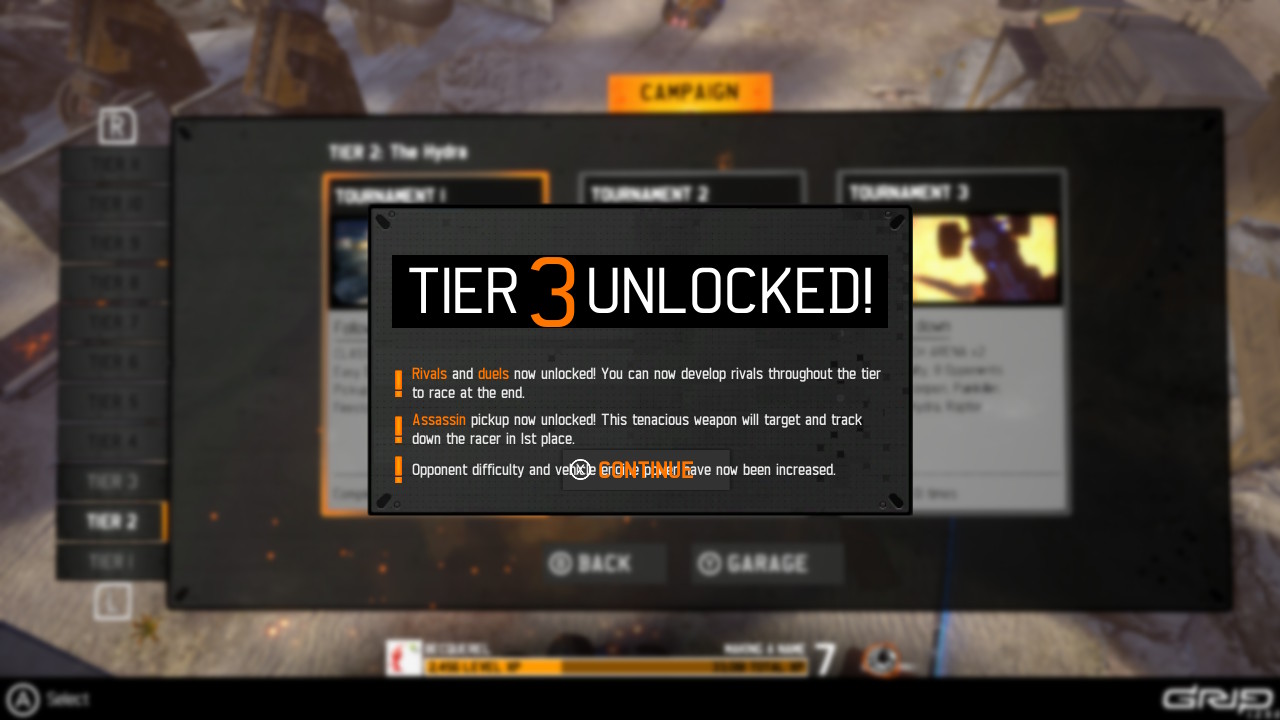 Ultimate Races award you with points for shooting your opponents, setting quick laps and the order you finish the race. It is the combination of all of these which determines how many points you get and where you place overall. Deathmatch Arena is your battle mode, it is also one of the Arena modes. You are put in a large open map and your job is to shoot rockets at the other racers to score the most points and kills.

Elimination race is fairly self explanatory, you do laps of a track and every so often, the person in last place is eliminated. Speed Demon is like a classic race, except the only power ups you get is the Firestorm Turbo speed boost. This mode can get quite boring once you’ve done it once or twice.

All of the events in the game fall into three modes: Race, Arena & Carkour. Race and Arena have many events within them, some of which have already been spoken about. Carkour is a special event which involves racing around obstacle courses. You first come across these in the latter half of the campaign mode.

As well as the Campaign mode there is a single player mode, in which you can play your favourite types of race to your heart’s content. The game also features, split screen play so you can play against your friends on the couch. You can also race online, however I had difficulty finding any matches, so don’t get your hopes up too much. 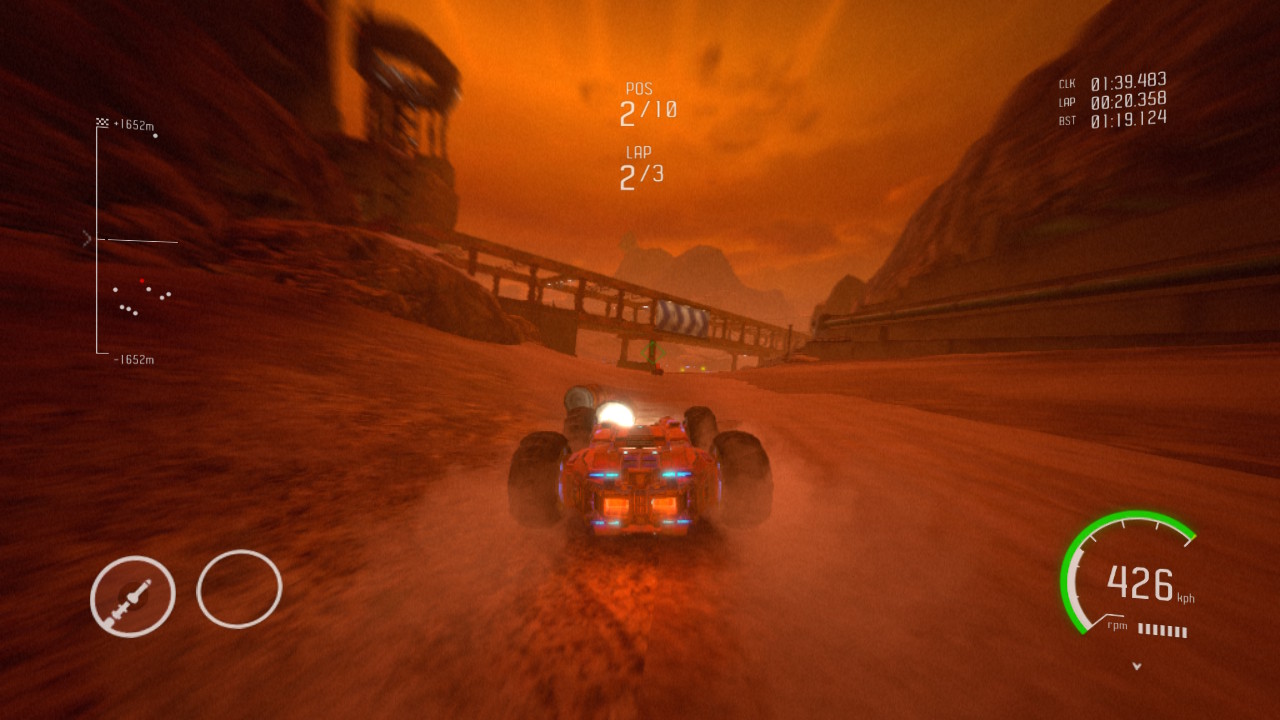 At end each of each race you earn exp to level up. Each time you level up, you unlock new vehicles, new decals, new paint patterns & new wheels. All of these let you customise your car to very high levels, meaning that no two cars will ever be the same –  this is a nice feature.

In both docked and handheld modes, the game performs very well. This is impressive considering how much is going on and how fast paced the game is. There are some other things to note about the differences between docked and handheld, these will be discussed later. In order to make the game run so well at such a fast pace, some drawbacks have been made.

When you are in a race, there are several race tracks which feature long straight sections stretching into the distance. Unfortunately the way the game builds the track into view is done in such a way that you don’t get much time to prepare for that sharp corner coming up (prepare to crash.. a lot!). You can adjust the “field of view expansion” in the settings, however even at 100%, you will still find yourself being thrown at a corner, not seeing it coming. 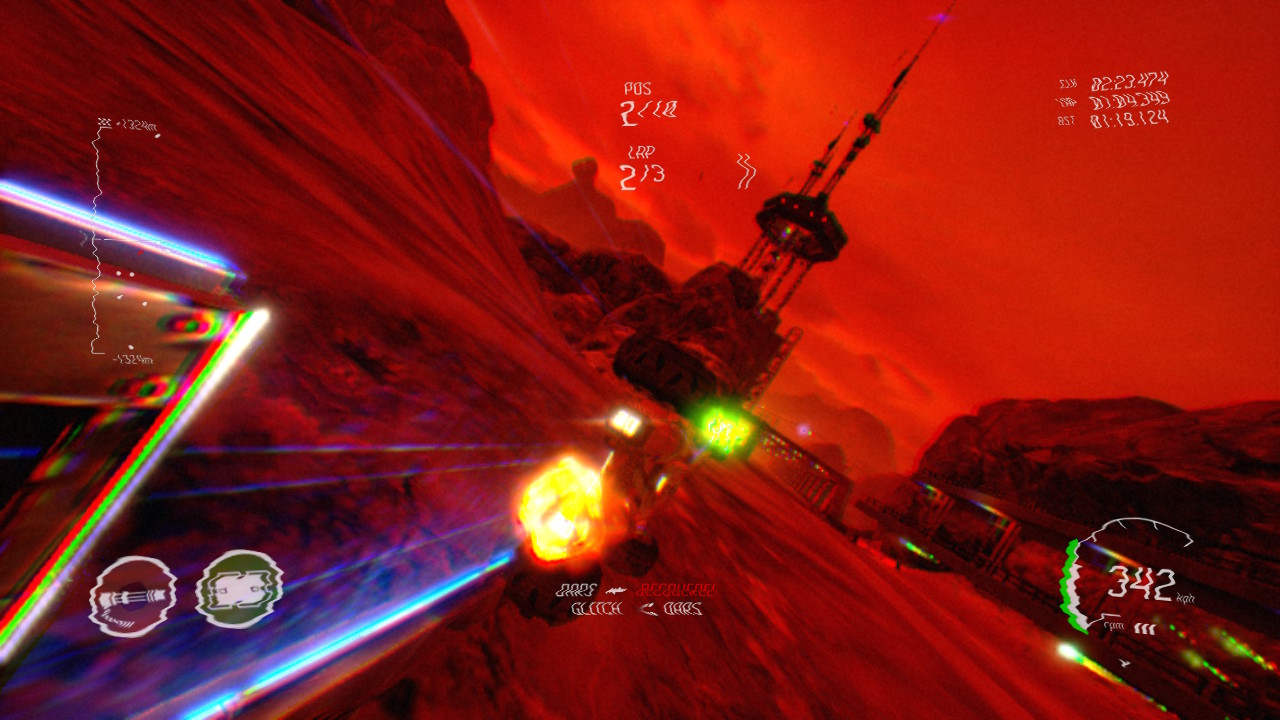 When you are in the campaign mode, each of the events in the tier has a small description underneath it. This tells you what to expect in that event. However when you are playing in docked mode, sitting at a distance away from the screen, this text is nearly illegible. It seems like it isn’t readjusted for the larger screen, the image is simply blown up, with terrible consequences.

Another small and possible picky gripe is that for almost all the game the ‘X’ button is confirm instead of the usual Nintendo ‘A’. I’m not quite sure why this is but it does take some getting used to.

The music is also a little repetitive when toying around the in-game menus. When racing the music is fine, you barely notice it above the noise of the engines and explosions.

The strange thing about this game is that in my opinion, you get a far better experience when playing this game in handheld mode, as opposed to having the Switch docked. As a result you will see two review scores for this game reflecting these differences.

When playing in docked as mentioned above, due to the ‘field of expansion’ being so short you find yourself having to concentrate quite hard. Unfortunately, as a result of the fast paced game-play I experienced eye strain and slight motion sickness. I’ve not encountered this whilst playing a game before. I do recognise that this is an issue for many people and have written about it previously here.

For me, some of the issues with this game disappear entirely when you play in handheld mode. Within the menus the small text is now completely legible and clear. When racing you can see what you are approaching better. As a result, my eyes were not strained at all whilst playing. As an aside you also feel much more involved in the action when playing in handheld 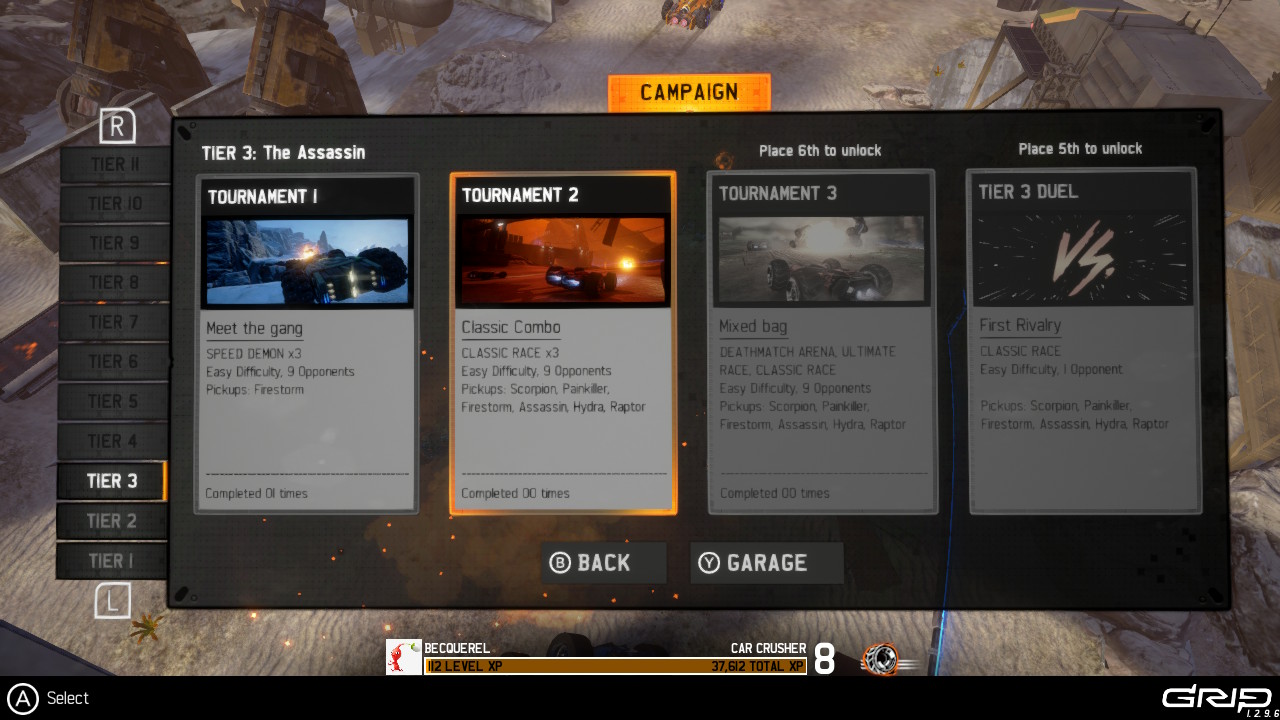 To conclude, GRIP is not a bad game, but nor should you rush out to the shops and buy it. If you’ve managed to find it cheap somewhere or have been given it as a present, you will have fun with the game. That is if you can get over some of its drawbacks. I recommend you play in handheld to get the most of it.

It has some decent game-play and races, and with a bit of fine tuning or perhaps with a sequel most of its issues could be fixed. It does have some nice quirks. As an example of which is when you game over it presents you with a message saying “insert coin to continue”. Unfortunately however these quirks don’t do enough to paint over the cracks. 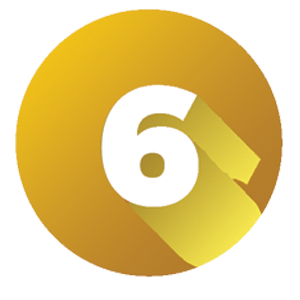 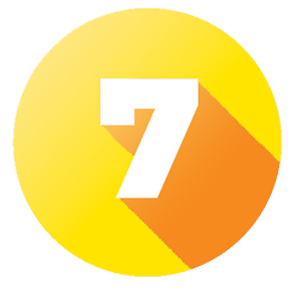