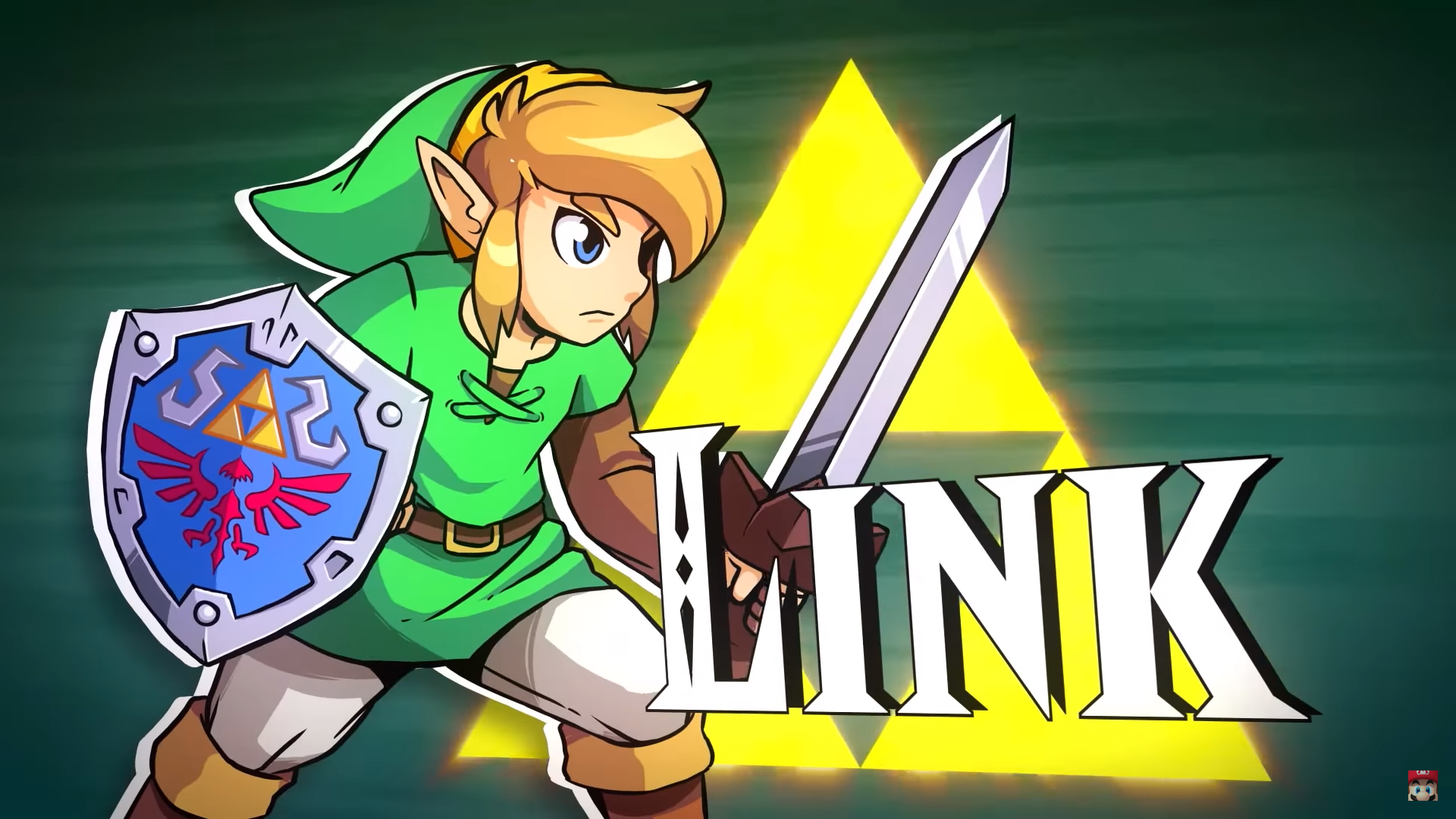 A whole case full of Nindies! 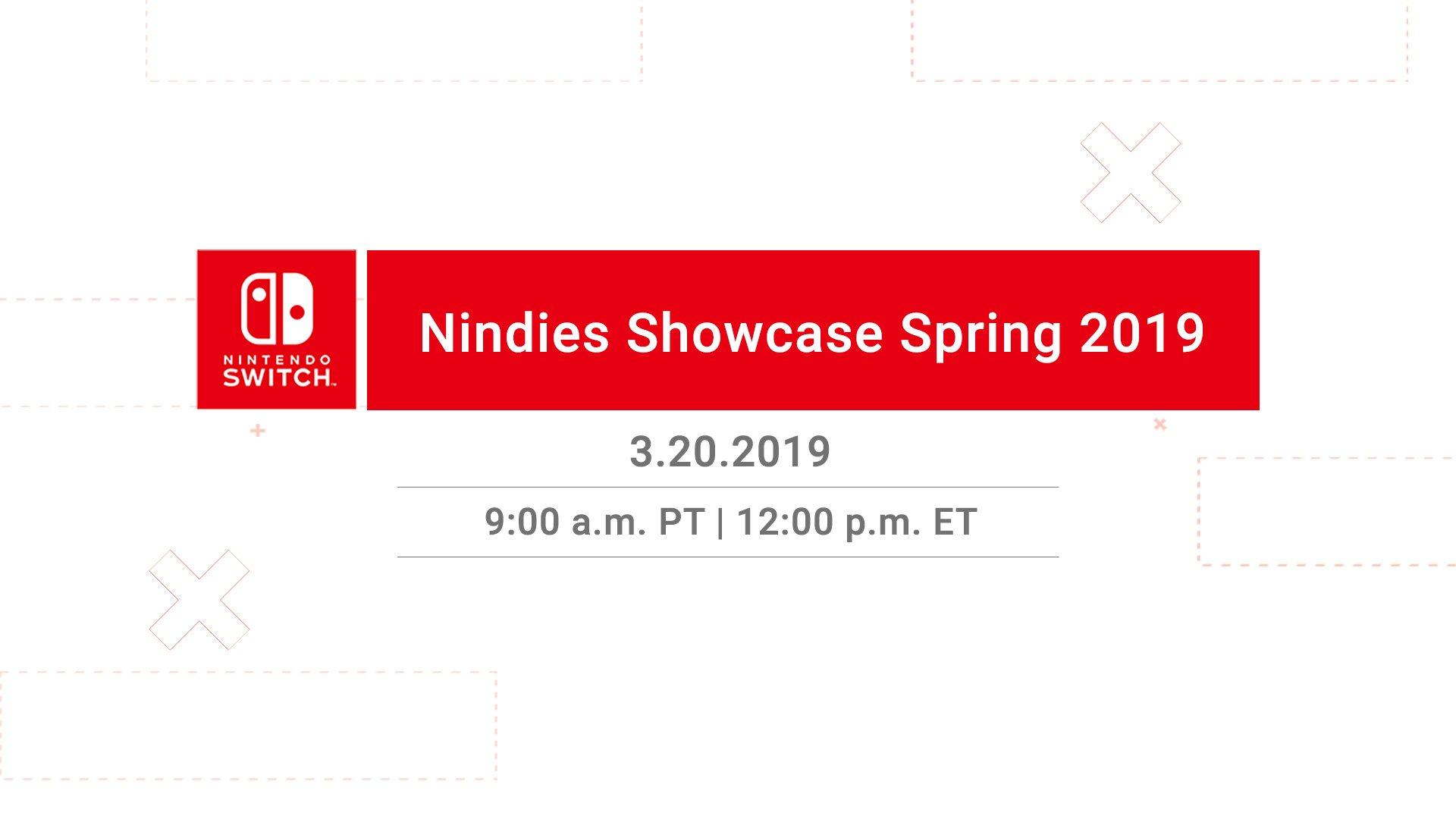 We’ve just had the first Nindies Showcase of the year. It was cram packed with some really good looking games. Let’s discuss what was announced. 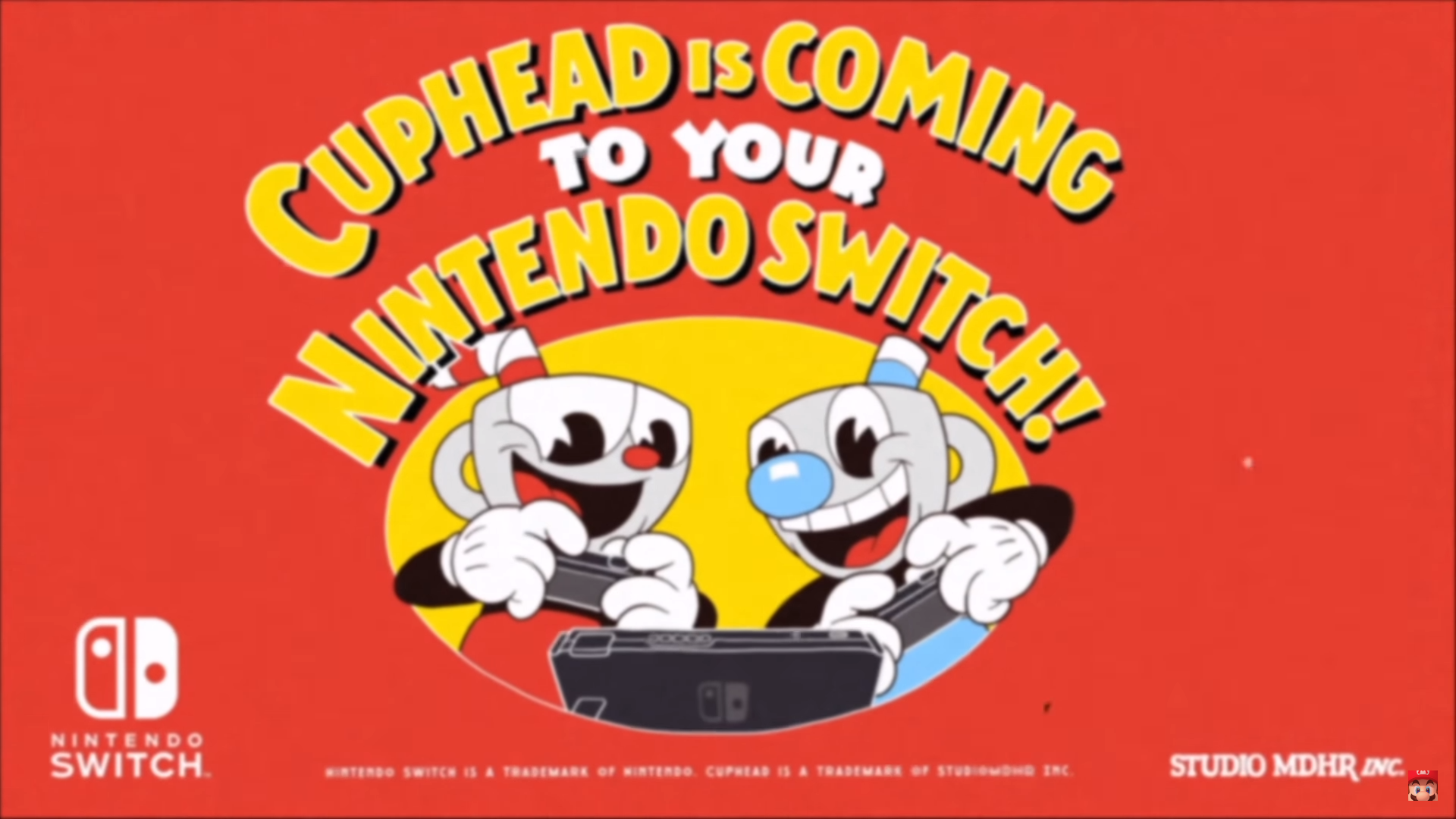 CupHead! There were rumours floating around before the Showcase that this would be announced, however this one is still a surprise. Originally unveiled at E3 2014 CupHead is a really unique game. It uses the same type of ‘Rubber Hose’ animations as the early 1930’s cartoons from Walt Disney. This is not a game that has been thrown together quickly in order to meet tight production deadlines. Real care and effort has been put into the making of this game.

When it was released in September last year we were really disappointed that it was an Xbox exclusive, but no longer! The Switch version will launch on April the 18th and you can pre-purchase today. 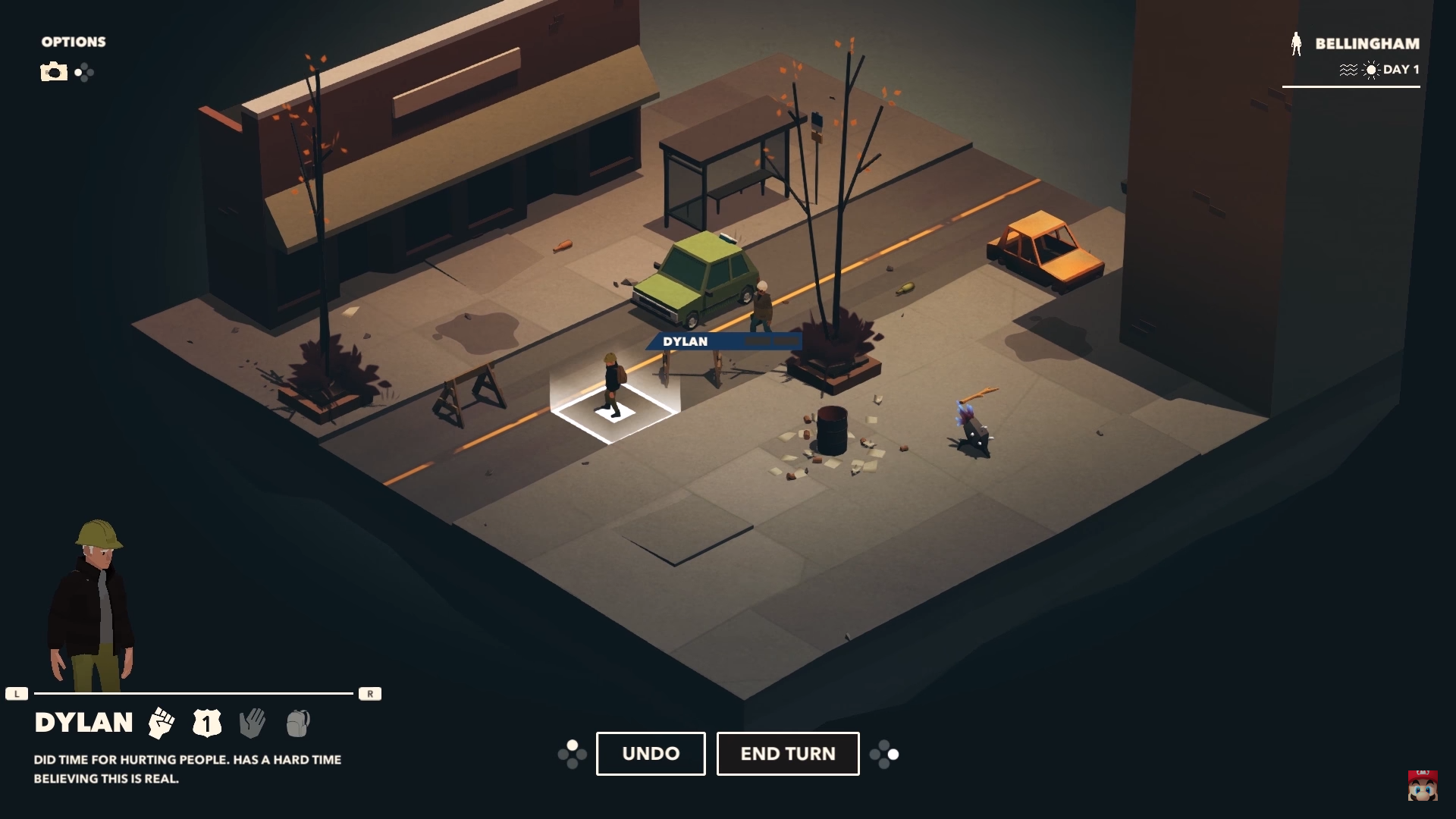 Next up was Overland. This game fits into the post apocalyptic/end of the world genre. The game is turn based and will have you making “difficult choices”. It looks as beautiful as it is captivating and also features random map and character generation, which should keep you going back to it. It arrives on Switch this fall/autumn. 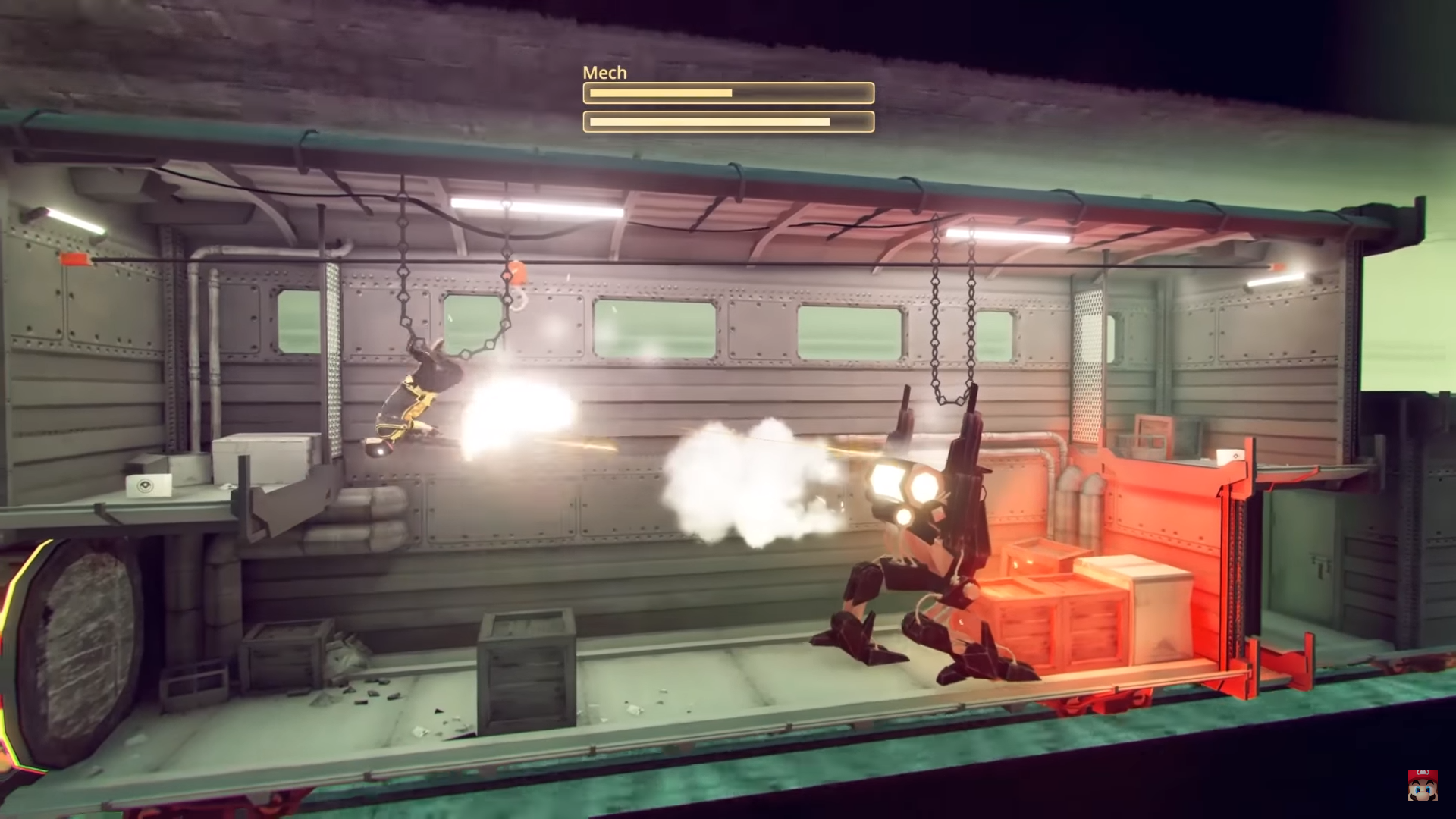 My Friend Pedro looks like it will be crazy amounts of fun. It is a side scrolling shooter where the main character looks like they would be in contention for an Olympics gymnast medal. You can also slow time to inflict more pain on your enemies. It will release on Switch in June. 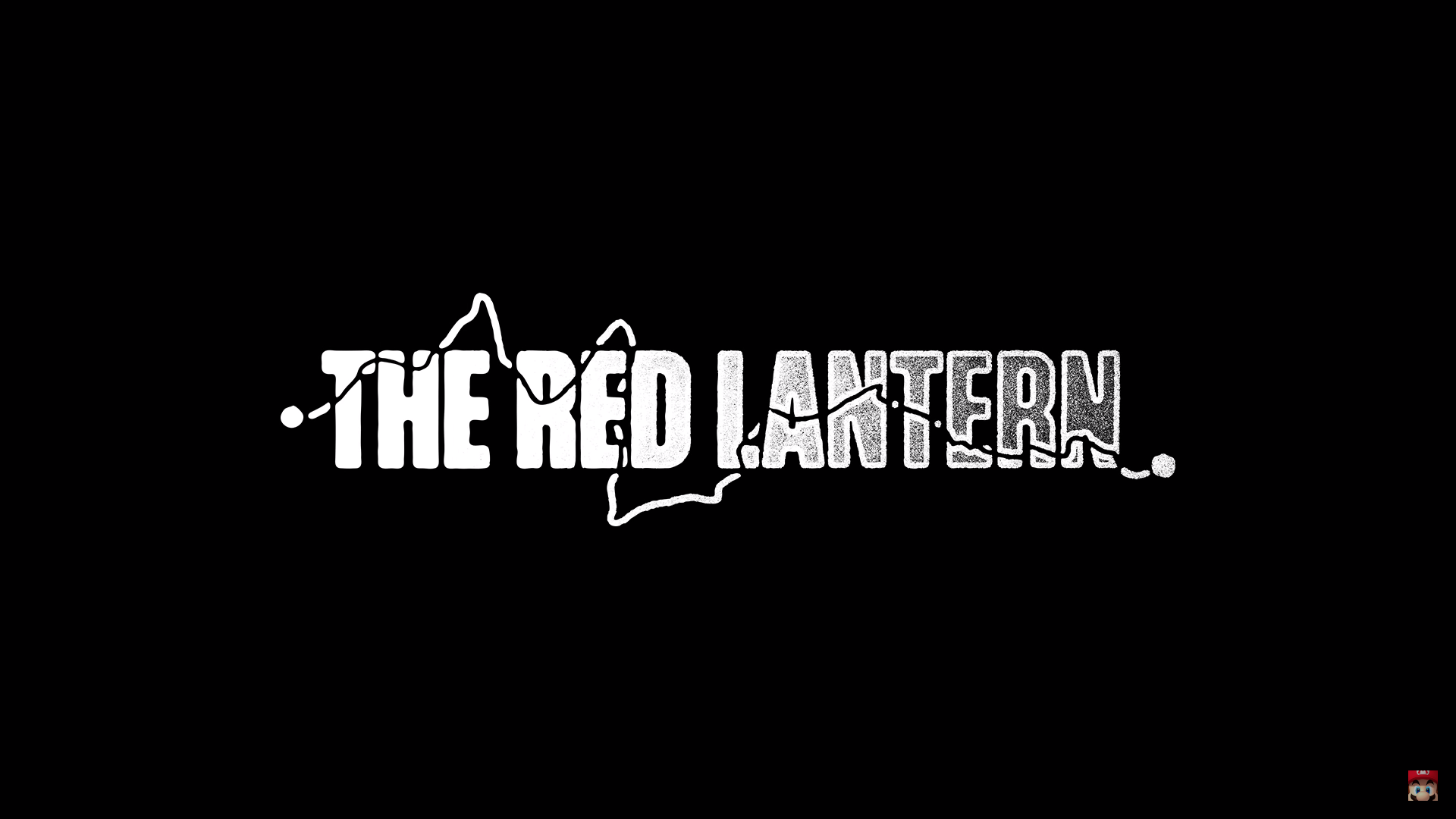 The story of The Red Lantern sounds so captivating that we cannot wait to find out more. In the short clip we saw, you play the main character training for the Iditarod race, when a bear attacks and kills your husky dogs. We’re already worried about what is going to happen next. The game will combine rogue-like elements into this intriguing story. It will arrive on Switch “later this year”. 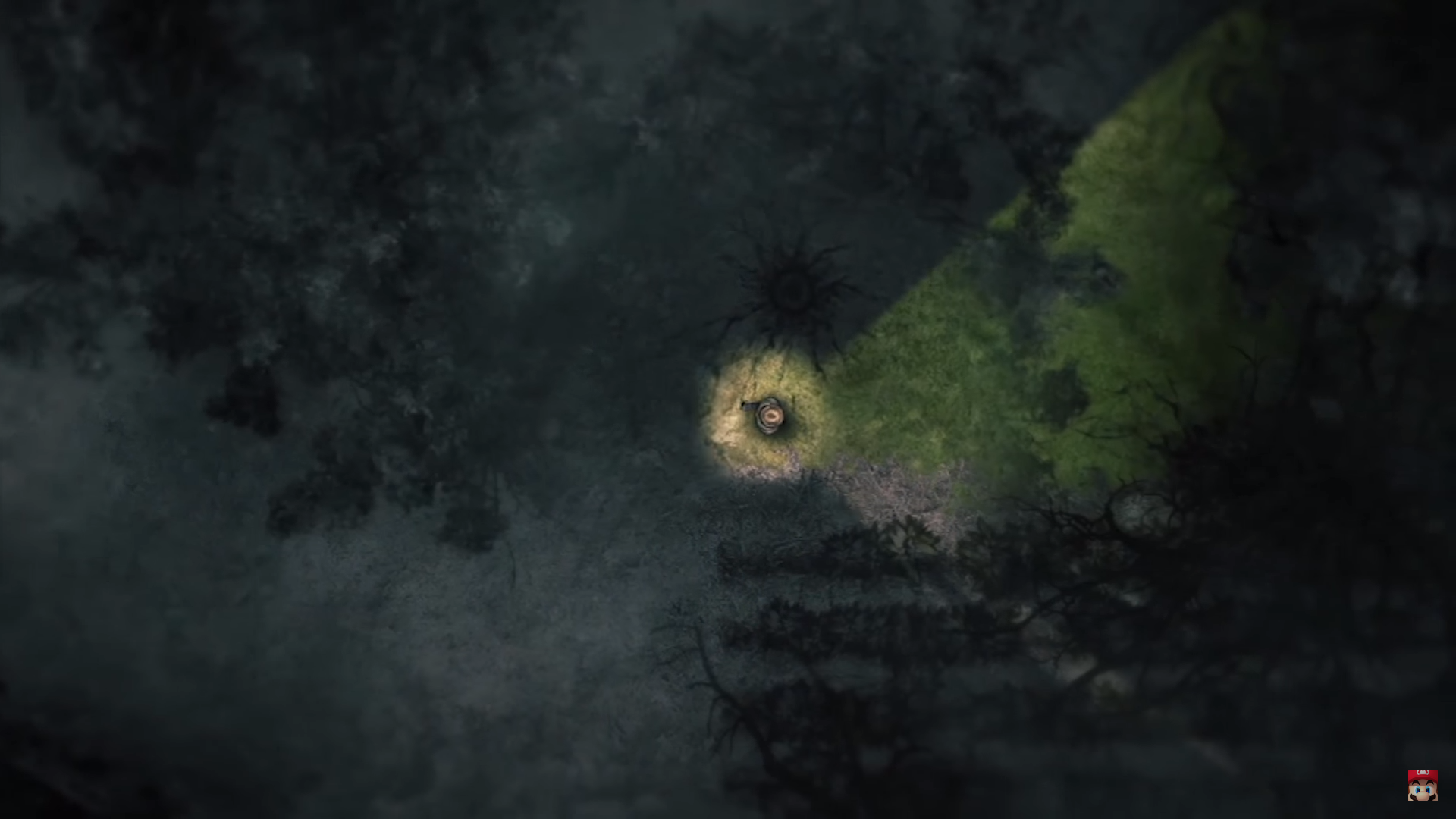 In the mood to be scared?

Darkwood tries to take a new perspective to the survival/horror games and looks as scary as it does fun to play. The top down viewpoint is also refreshing to see in a modern game. Available May

One hit is all that is needed to kill you in Katana Zero. This is a side scrolling plat-former with some really interesting game-play effects. You have the ability to see the future and manipulate time, whilst striking down enemies with your Katana. Katana Zero also releases April 18th. 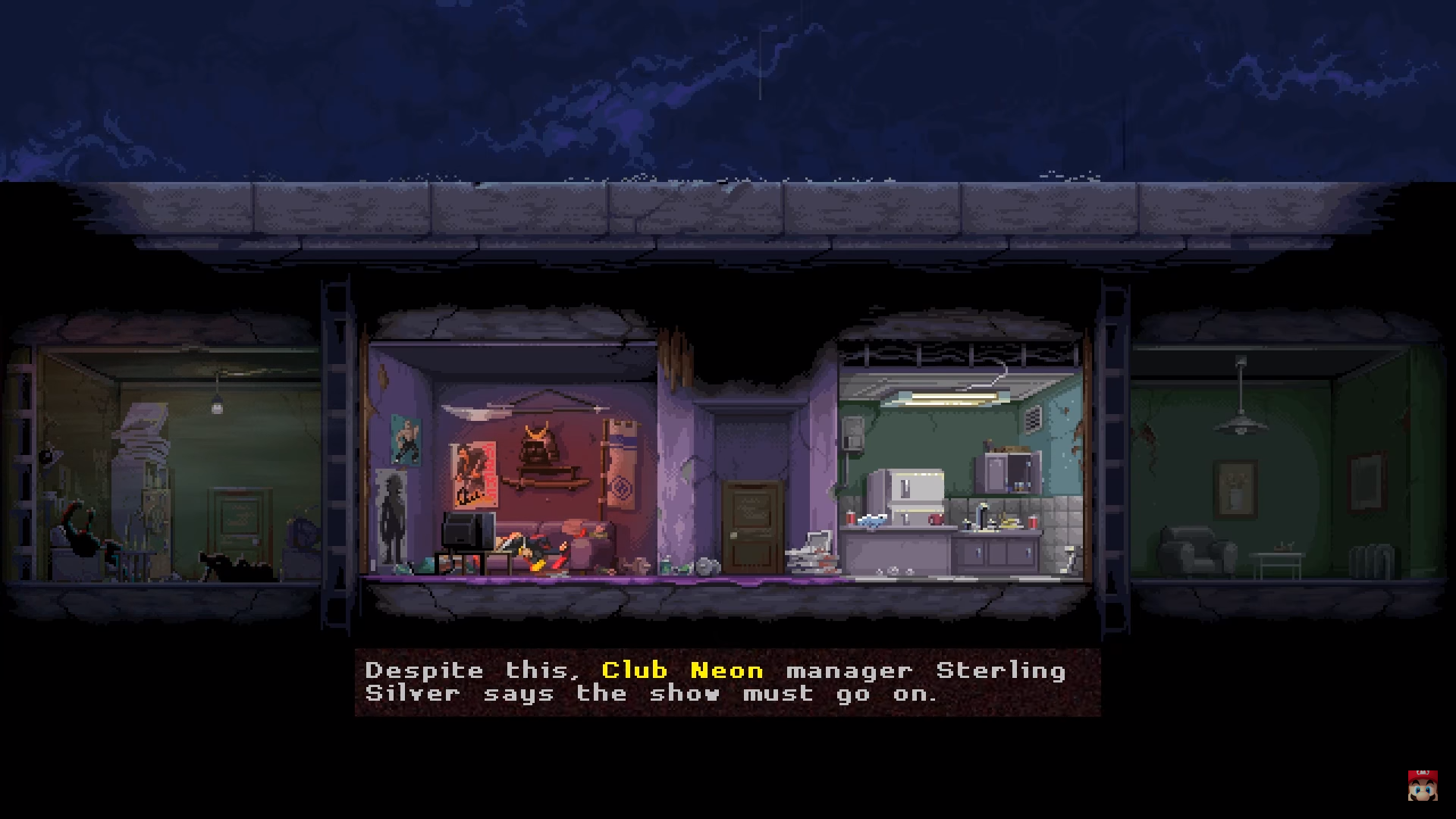 This is so RAD…

RAD is another post apocalyptic style of game coming to Switch. It features crazy mutations which look like they will be so much fun. Ever wanted to have a super stretchy head to kill enemies with? Or have the ability to fart some minions out to assist you…? Well now you can, with RAD. It launches this summer and it looks like a day one purchase for us. 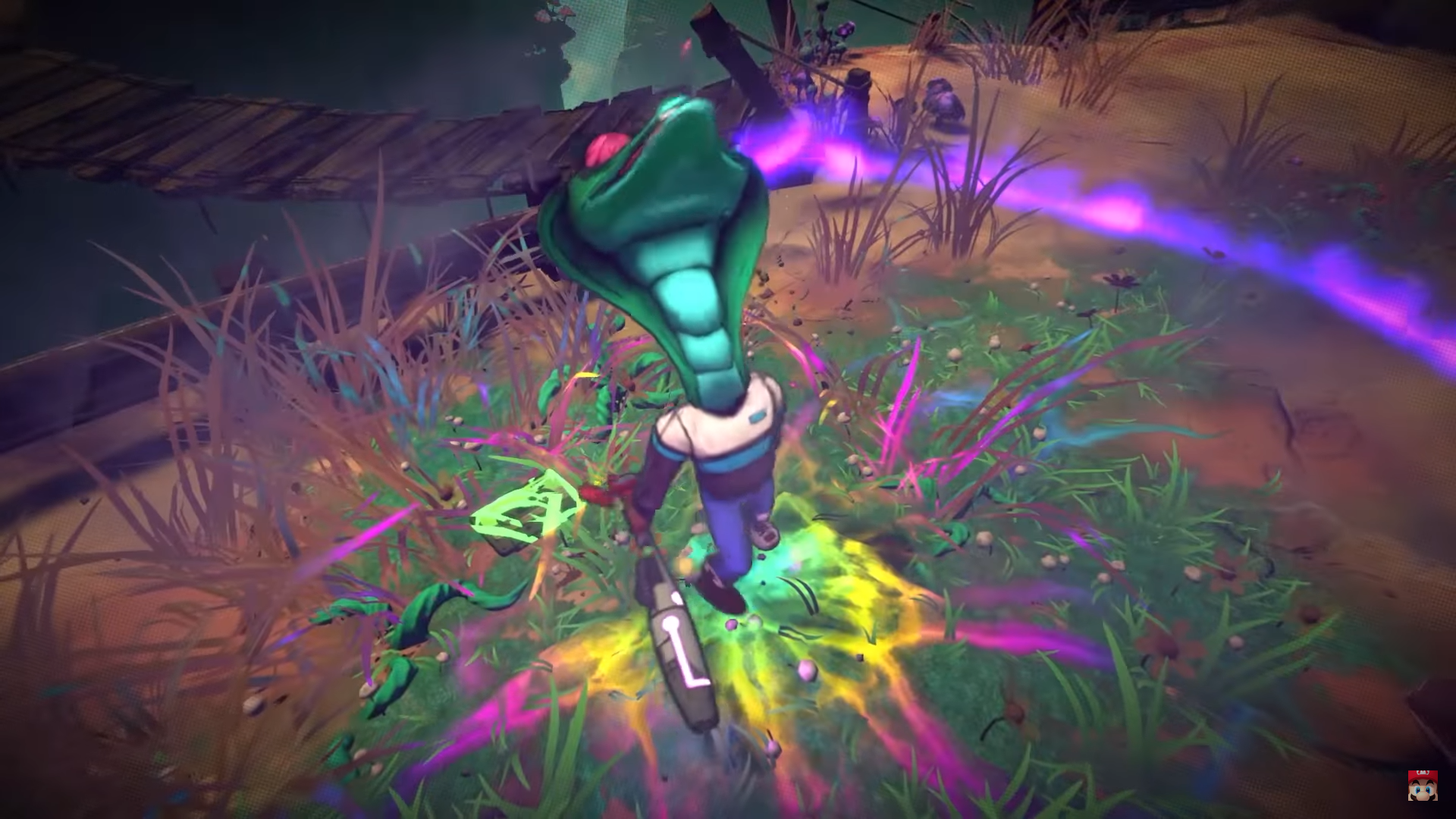 Pine is an open world 3rd party adventure game that has a distinct spell of BOTW. This game looks like it will be so much fun, and also a potential time sink. We could quite easily imagine becoming lost in this one for hours and hours. It will come to Switch in August of this year. 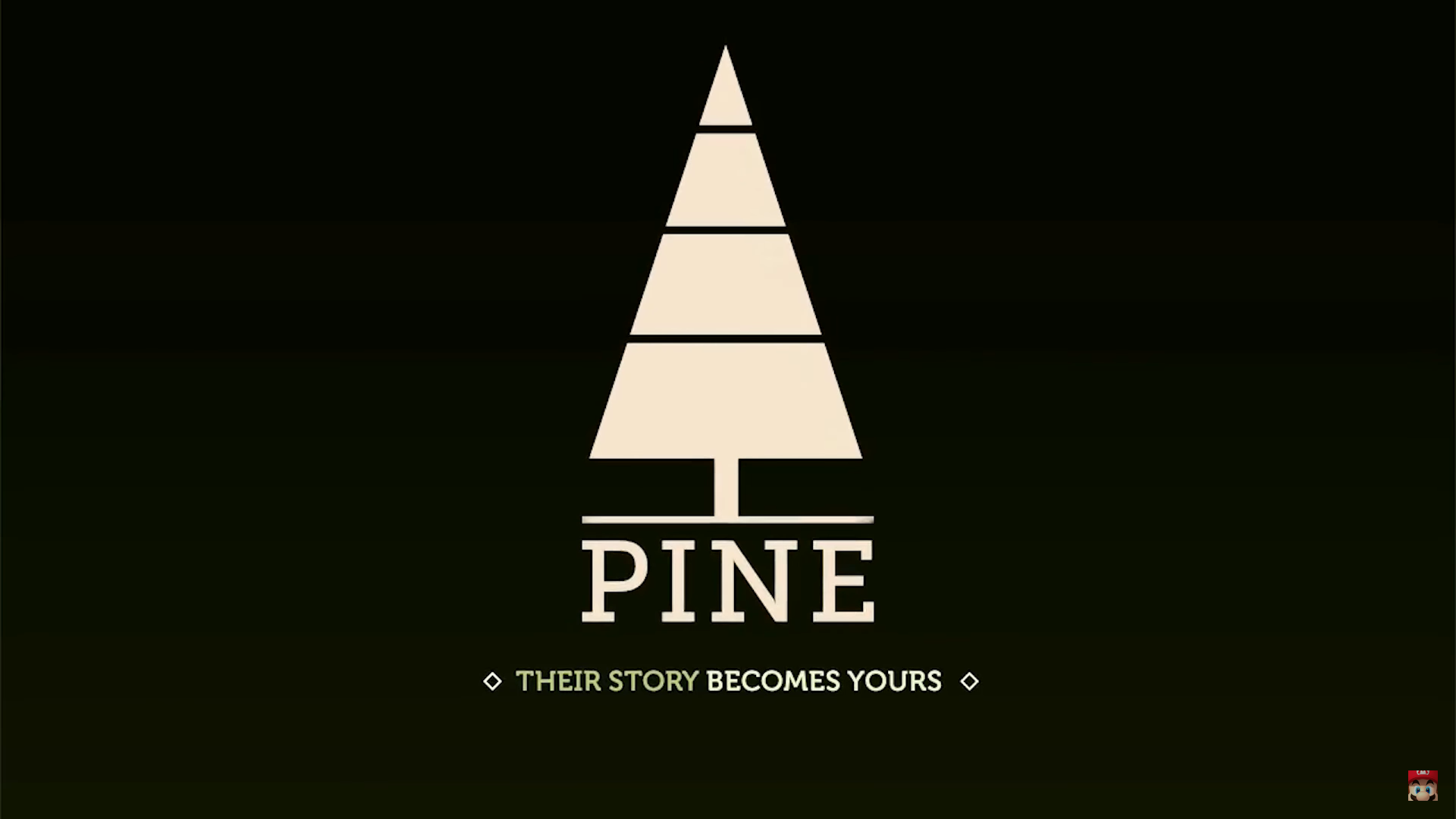 We then had a whole host of announcements from Vlambeer. Super Crate Box, Nuclear Throne & Ultra bugs are all coming to Switch. Nuclear Throne is out today so you can dig your teeth into this rouge-like straight away. Ultra Bugs looks like a fun arcade style shooter, it will form part of a collection of games called Vlambeer Arcade which will launch “later this year”.

Blaster Master Zero is finally getting a sequel! If you like your Metroidvania style games, then this one is definitely for you. It features all new powers and skills that didn’t feature in the first game. Excitingly it is available to purchase from today! Pick it up if you love classic masterpieces like this. 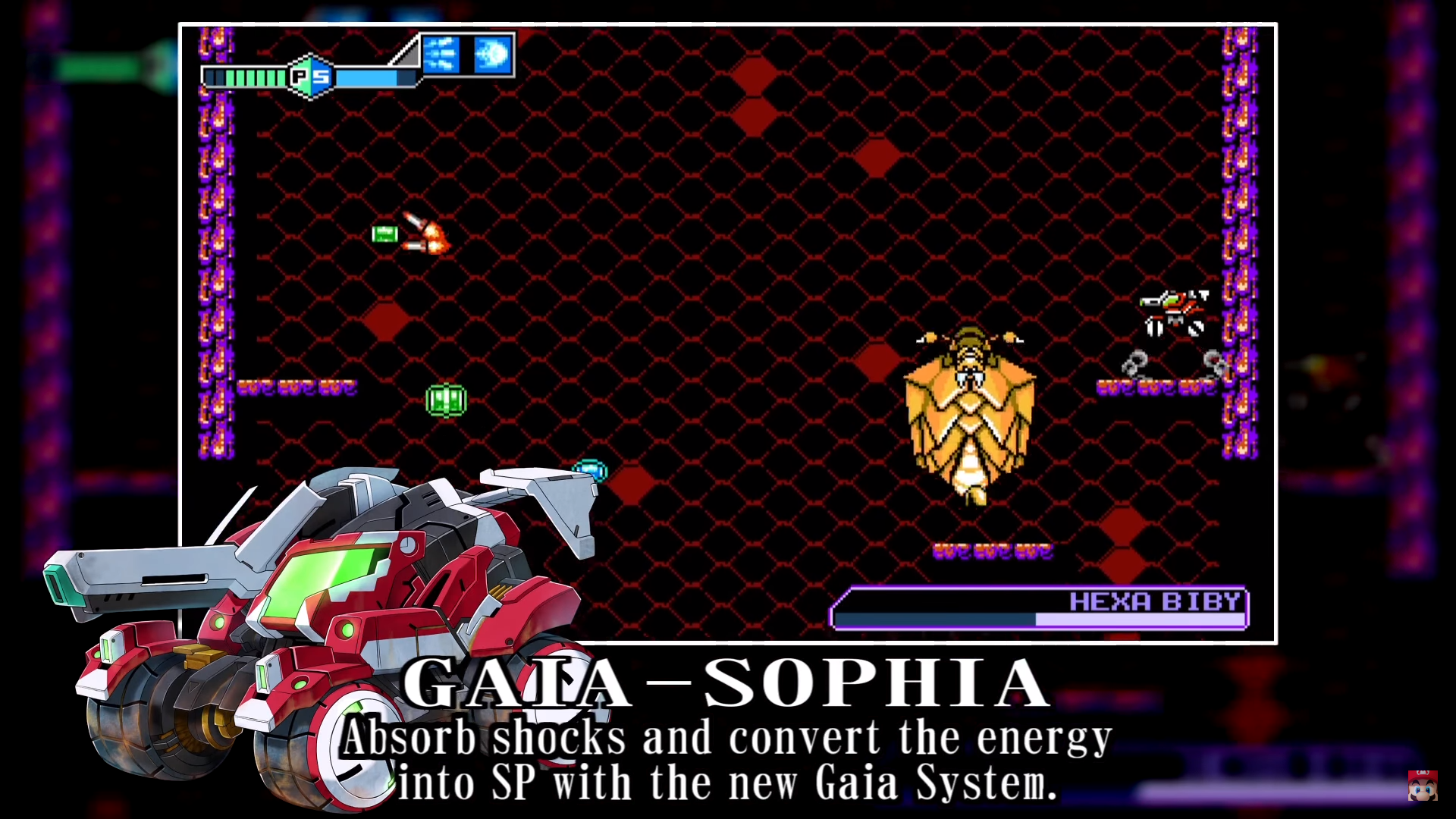 An indie game based on a multi-million pound franchise? Is it still an indie game? Never the less ‘Stranger Things 3 the game’ launches on Switch on July 4th, the same day as the third season of the show arrives on Netflix. Where is Netflix for Switch by the way?

For the second time in a row arguably the best was saved till last in a Nintendo Direct. Cadence of Hyrule – Crypt of the Necrodancer (try saying that whilst drunk) is a sequel/spin off to the original. This time Link & Zelda make an appearance! Combing the same dancing mechanic as last time as well as Link to the Past style visuals, this game looks simply fantastic. It launches this Spring and we cannot wait!

There were more announcements that unfortunately we couldn’t fit in, see the video below for the full list

What was your favourite announcement from this Nindies Showcase? Are you as excited for all these games as we are? Are you really looking forward to farting minions? Let us know in the comments down below.