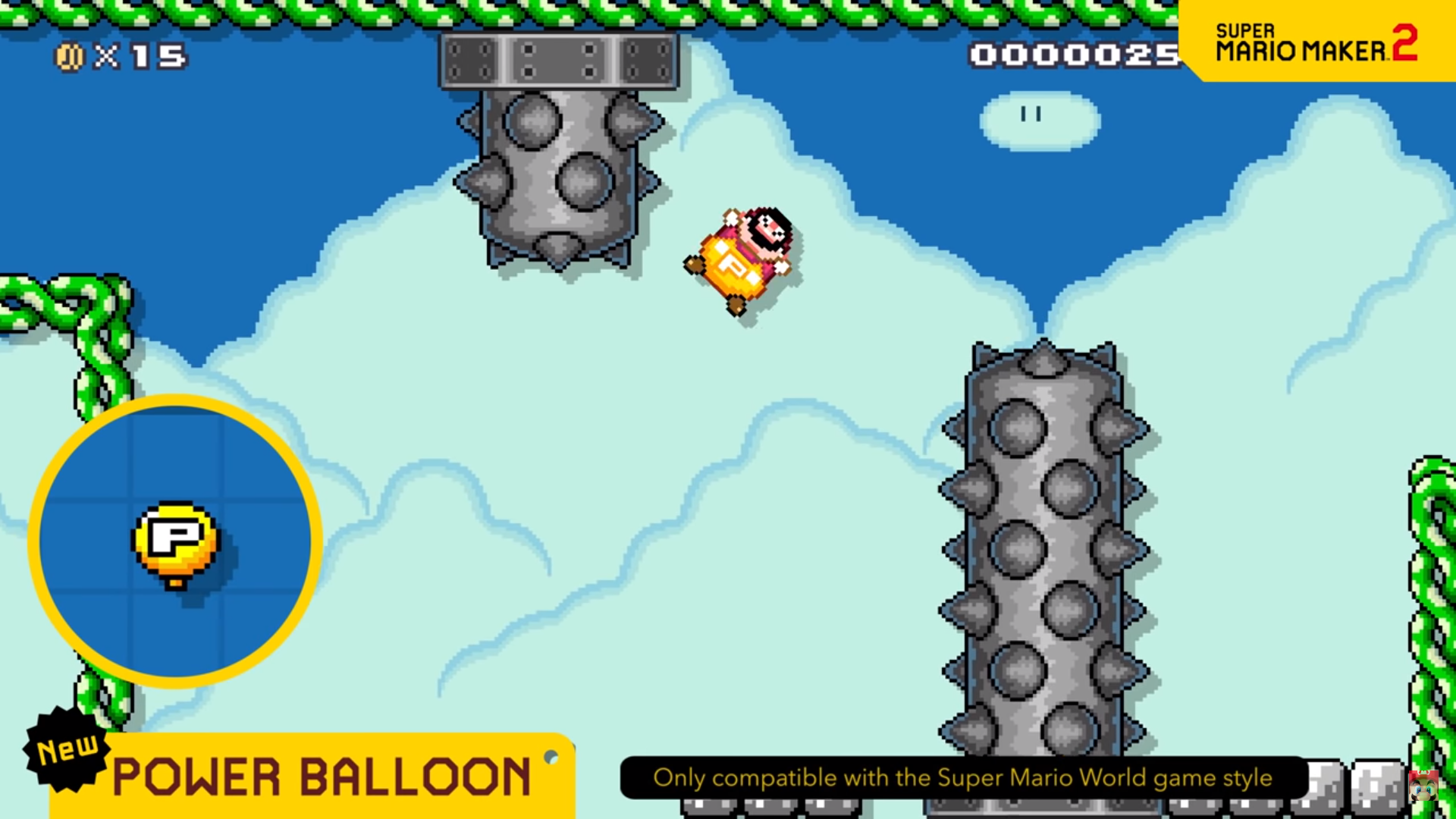 You Can Now Recreate Tubular in Super Mario Maker 2

Just announced in a stealth-dropped YouTube video was the final major content update for Super Mario Maker 2. Included in this update, amongst other things, is the Power Balloon, this means you can finally recreate Tubular in Super Mario Maker 2 in your own world.

There are also plenty of other power-ups returning from previous Mario games:

Wear all of the Wearables!

A variety of new wearables are also being released, these include the Pow brick and a Goomba hat, who wouldn’t want to be a secret Goomba spy? We can see this leading to some interesting level design.

Also returning from Super Mario World are the seven castle bosses, Namely; Iggy, Morton, Lemmy, Ludwig, Roy, Wendy, Larry. It looks like these will be compatible with all game styles apart from Super Mario 3D World.

A Whole New World to Warp to.

Along with the power-ups above, a bag full of new parts is also coming. You can see the full list in the video below, but we’re most excited about using the new blue Mechakoopas with added lasers.

Of course, the most exciting part of this update is the ability to finally create your own worlds! The new World Maker mode gives you full freedom on designing the path from the start to the end. This includes bridges, hills, warp pipes, and different environmental decorations.

You can place a level that you’ve previously created onto any tile in the world maker. You can also add bonus levels containing hundreds of coins, or perhaps Fire Bars if you’re feeling particularly spiteful.

The worlds you create can have one of 8 different themes. Along with the standard, these are; Underground, Desert, Snow, Sky, Forrest, Volcano & Outer Space. Conveniently you can create a maximum of 8 worlds, for a total of 40 levels. So if you wish you can create a ‘Super World’ of one of each type of world. or just 8 Volcano worlds of death, because why not.

If you want to watch others enjoy or struggle with your marvellous creations, you can share your Super Worlds online.

All this wonderful content releases tomorrow (22/04), we cannot wait to make a more fiendishly difficult version of Tubular in Super Mario Maker 2.