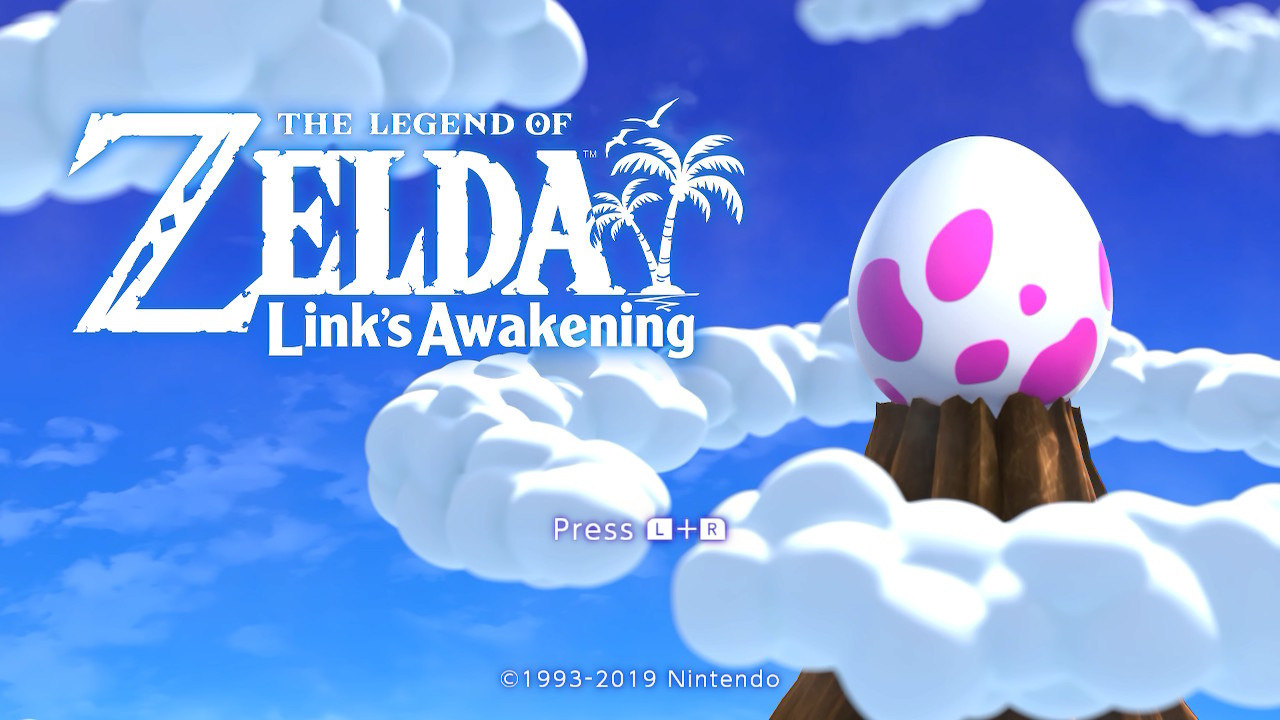 Link has been reawakened on Nintendo Switch

You’ve seen all the playful cutesy trailers and the charming gameplay in the run-up to the game’s release, but how is Link’s Awakening now that it is out and available to buy? Is it worth it or should it have been left to sleep?

In a word. Yes. This reimaging of the Gameboy classic is brilliant. It lets you relive all that wonderful nostalgia that you had in a beautiful new light. It captures the essence of the original, whilst still managing to make improvements. 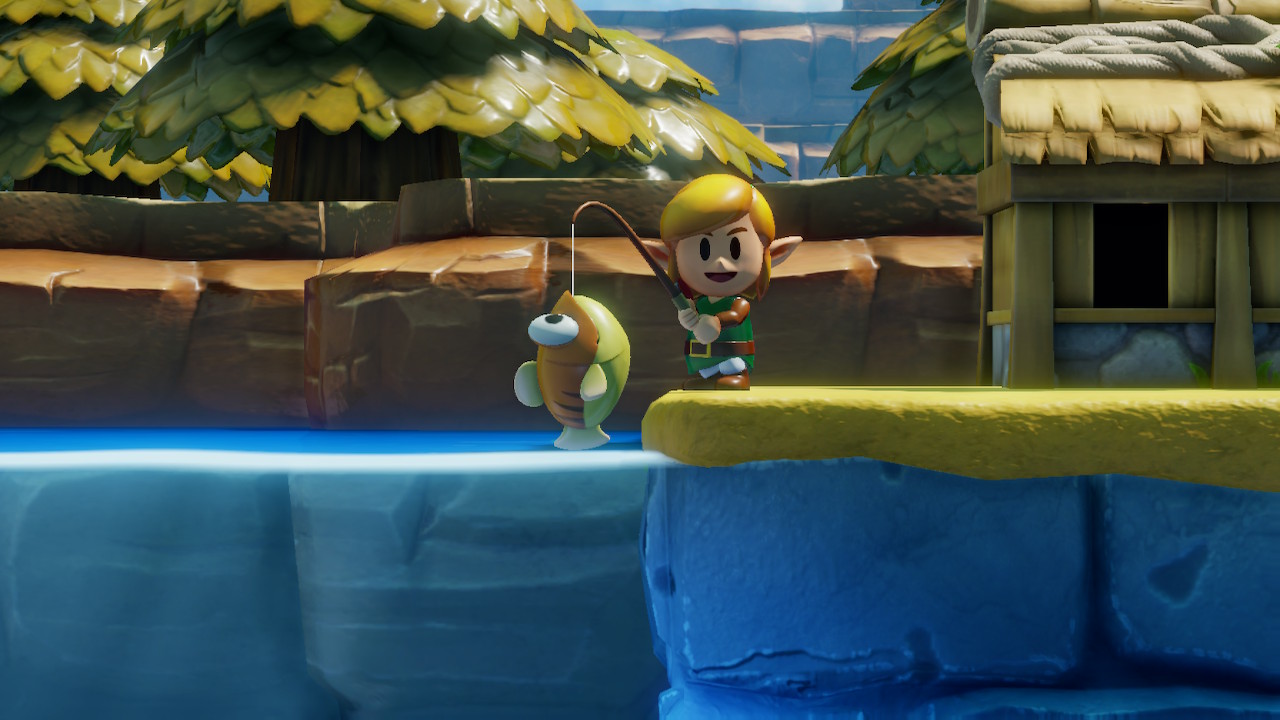 Link’s Awakening was never going to be as grand a game as Breath of the Wild was. It doesn’t sit in the same category as those. Where it does sit however is the perfect portable Zelda game. If you’ve recently bought a Nintendo Switch Lite, it will be completely at home on that system. You can travel in the real world whilst simultaneously going on adventures around Koholint Island.

As you play Link’s Awakening more and more, you start to feel like that Koholint Island is the real world. You feel so engaged with the cute little world that you are exploring. This game oodles with charm. It’s such a fun adventure that anyone can get involved in. If you have a young child, this is the game to introduce them to the Zelda universe. 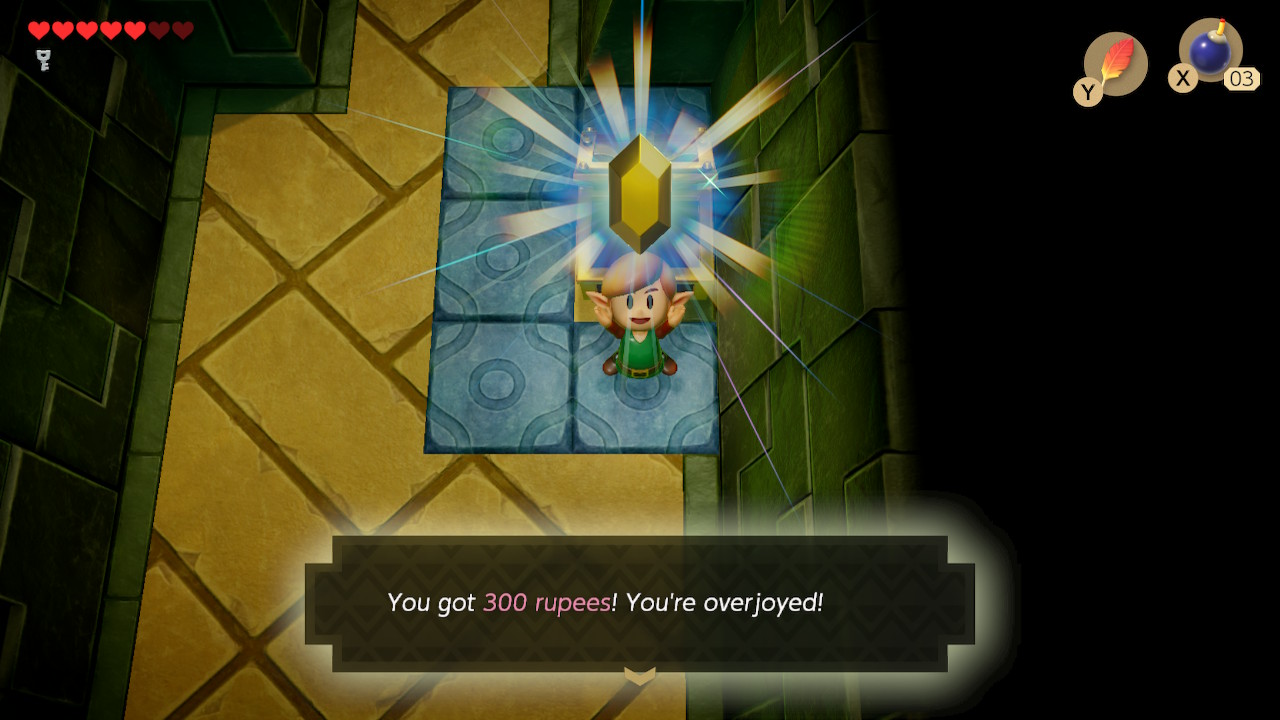 The animations when running around, attacking or jumping with Roc’s Feather are superbly fun, especially when you are in one of the Super Mario style side-scrolling sections. The colours are bright and vibrant and the environment is highly detailed.

What’s the Story on Koholint Island?

For those who haven’t played the original, I shall give a summary of the story here. After the short cutscene where Link is thrown from his boat, he arrives on the shores of the island and is told the story of the Wind Fish. Without giving any spoilers, your job is to collect the eight different musical instruments. These instruments are located at the end of each of the game’s dungeons. 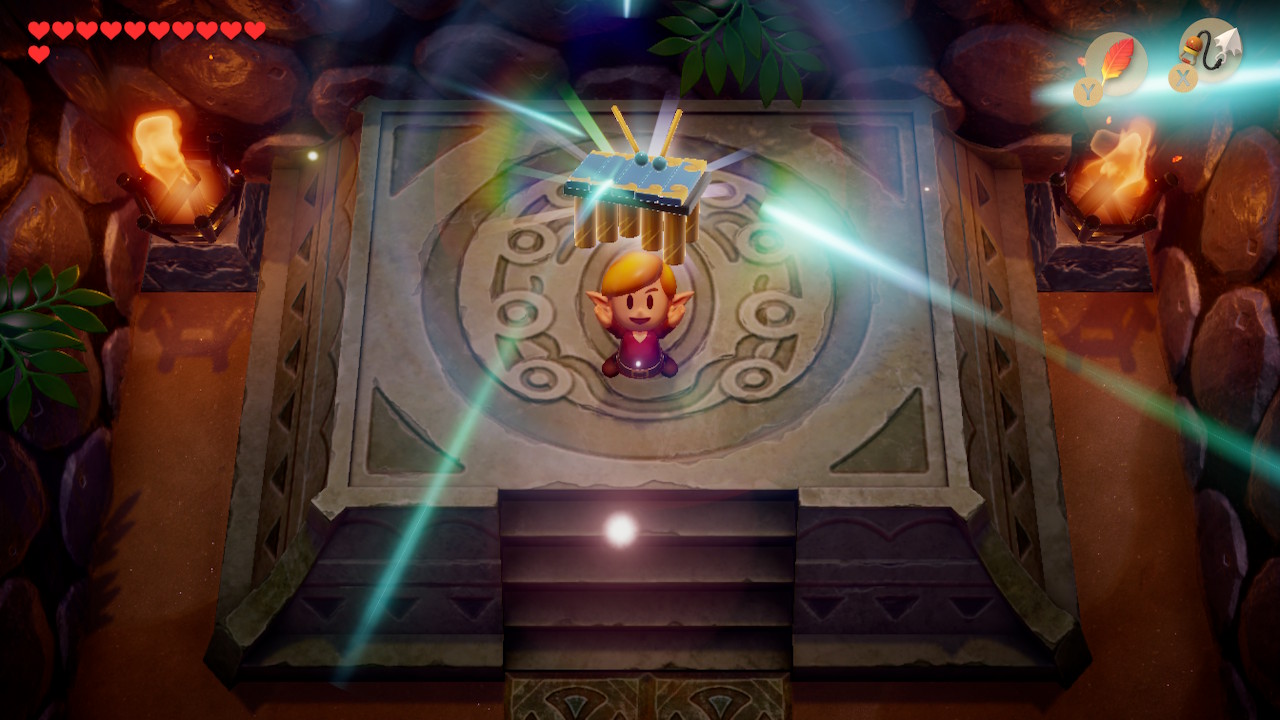 The dungeons get progressively larger more complex as you go through the game, and contain some very well designed and complex puzzles, particularly in the later dungeons.

When you find yourself in-between those dungeons there are plenty of other things to do and collect. Whilst Link’s Awakening is not as vast and exploration focussed as BOTW it does have those lengthy themed dungeons which were sorely missed in the Switch’s first Zelda outing.

Changes to the Original

This isn’t, of course, a direct copy and graphical remaster of the Gameboy classic, several changes have been made, mostly for the better, but in our opinion, some haven’t been good changes. 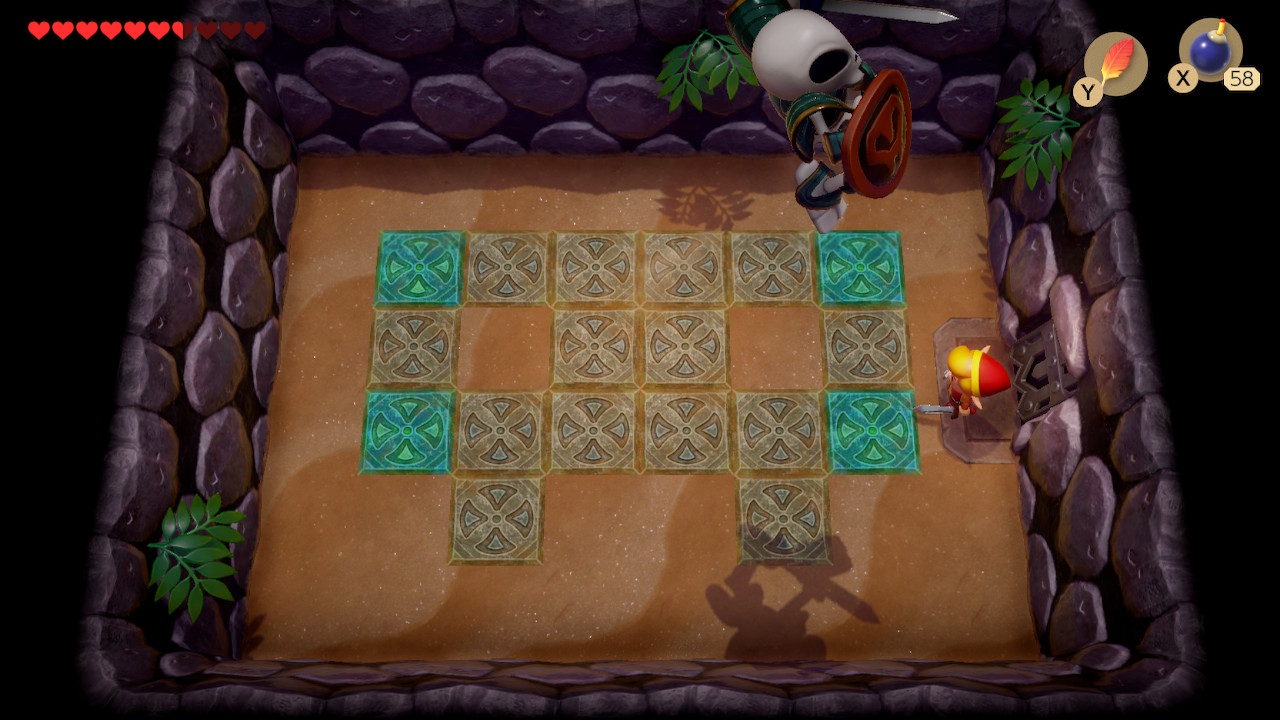 The second song in the Ocarina’s repertoire is the warp song which now allows you to warp to any warp point from any starting position on the overworld map. Previously, playing this song outside of a dungeon would only let you warp to Manbo’s pond.

There are 30 more Secret seashells to collect for a total of 50. This gives the game a lot more longevity as you can spend your time looking for these in-between the dungeons. It’s a fun pastime.

Incidentally, if you are searching for these yourself then this is the guide that we used Seashell guide

Unfortunately, some of the changes, have had a detrimental effect., for example, the Armos Knight in the run-up to the 6th dungeon is now ridiculously difficult. Perhaps the developers felt it was too easy beforehand, however, we feel they may have over-egged it now. 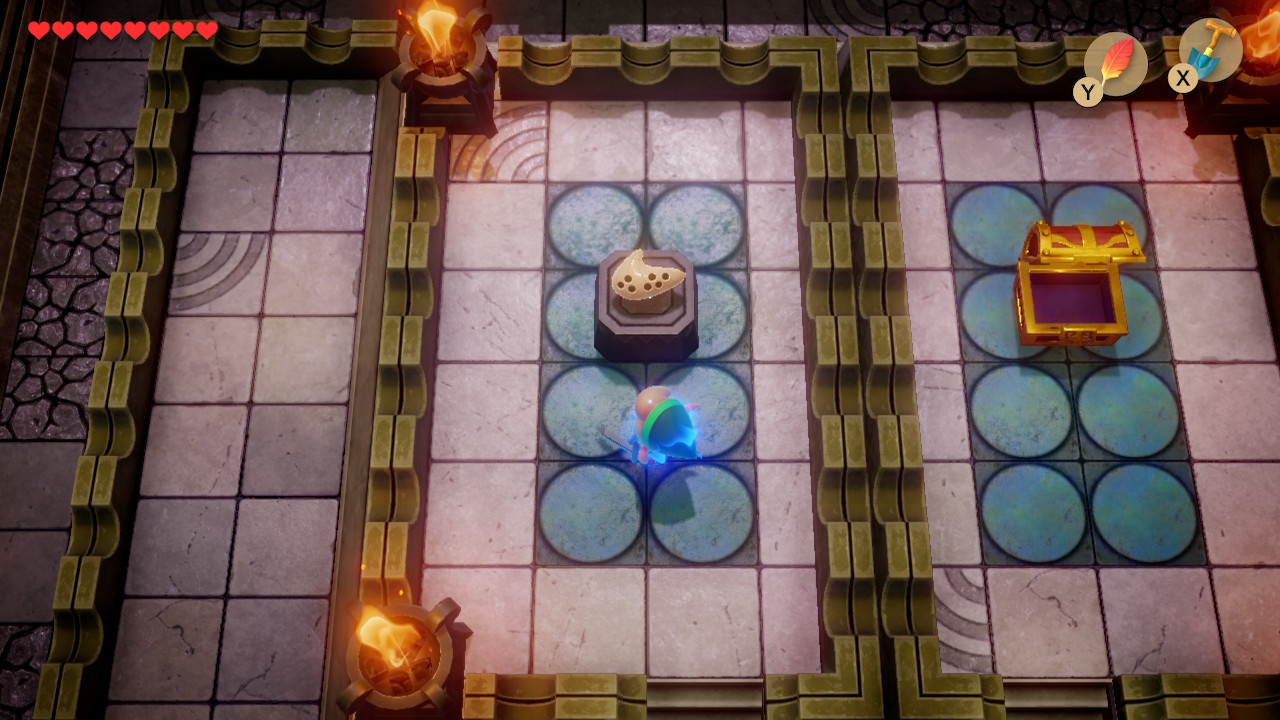 There is an argument to be made that Link’s Awakening is too expensive. It may have a price drop in the future, however, it’s launch price is just £10 cheaper than Breath of the Wild. The issue is not with the quality of the game it is certainly not lacking in that area. The issue is that it is quite a short game to pay that much for.

It is a longer game than the original however and you can tell that it has been created with lots of love and passion. It is an excellent remake.

If you managed to pick up the limited edition, then this is definitely worth the price. The extras you get with this are simply lovely. The steel case is swimming with nostalgia and is very highly detailed.

If you are looking for your next game to pick up and play on Switch then look no further than Link’s Awakening. Yes, the game is a little short, but it’s something that you can play over and over. It may be slightly overpriced, but it is a quality game. 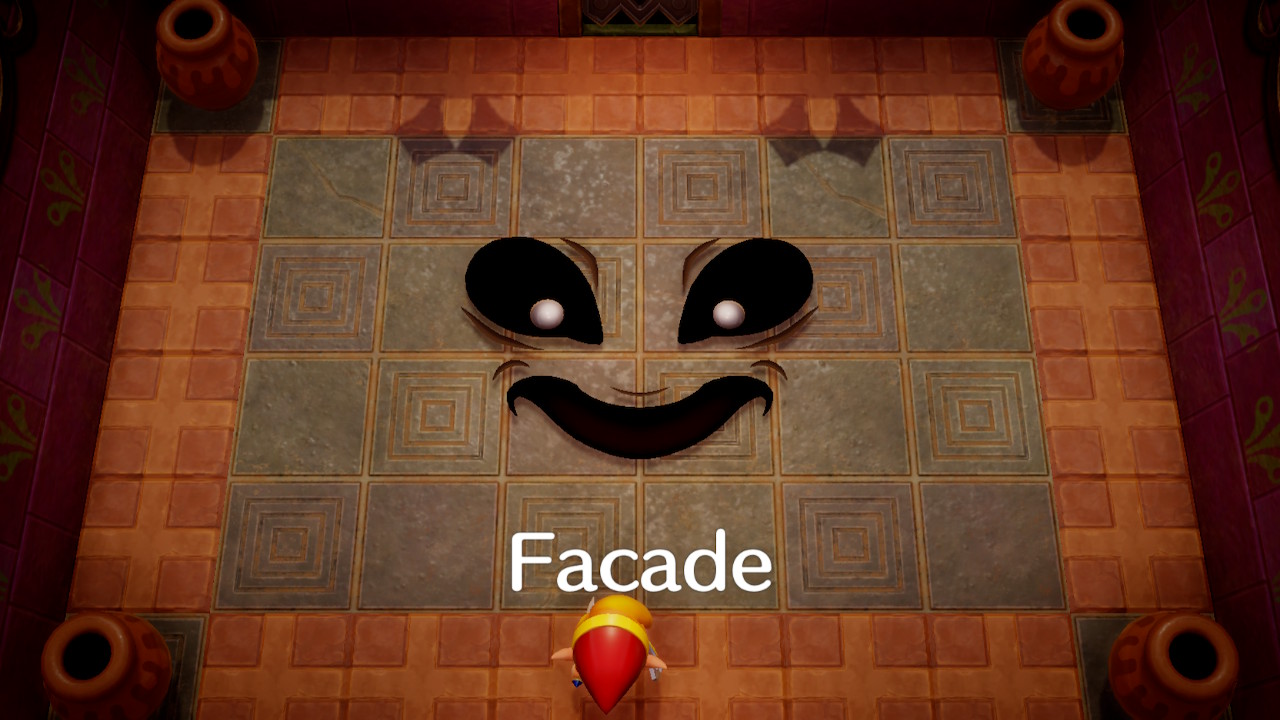 There one or two issues with framerate stuttering but for us, these only seemed to crop up in very grassy areas and didn’t last very long, so there aren’t too much of a problem, Other than that, the game looks and runs flawlessly. It’s a truly enjoyable experience that we highly recommend. 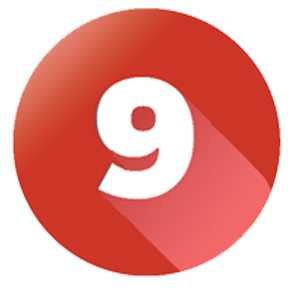